by tjarvela on February 11, 2016 in Uncategorized

This new trail system that I found in Stratham epitomizes the purpose of Find My Trail. There is no mention of these trails online. Someone needs to put boots, or in this case snowshoes, on the ground to discover these trails and report out on them so that others can enjoy them! No online reference means no map, but don’t fret! Here is my gps track from the day. 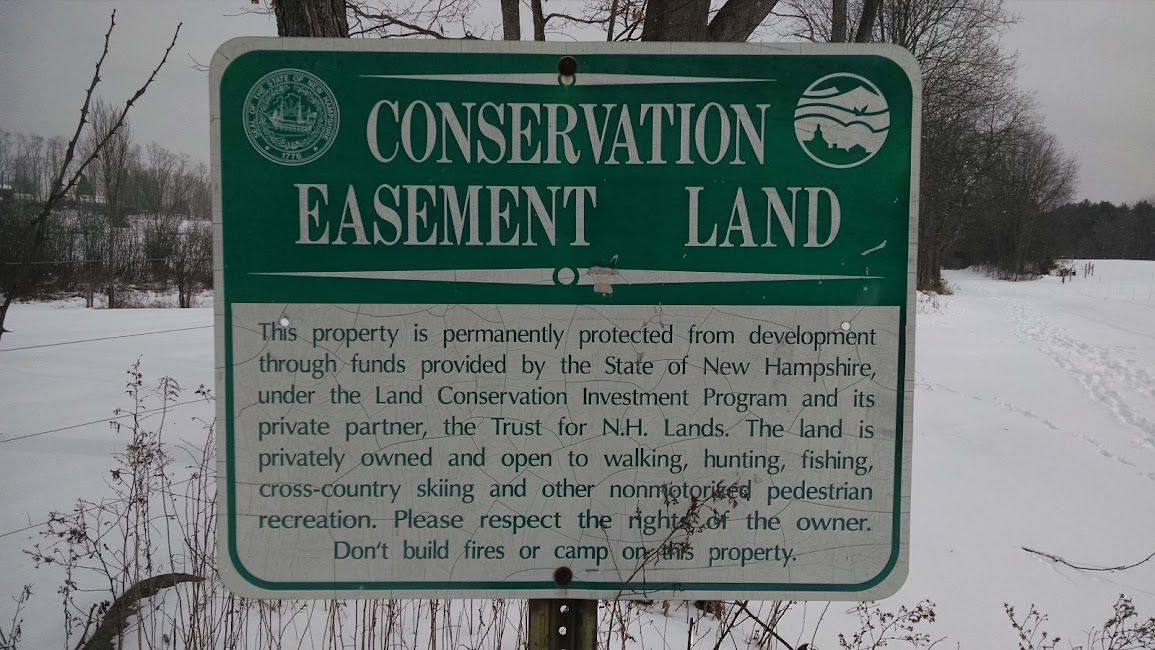 I headed out with two potential leads that I had seen from satellite images. Both were located at the end of some dead end streets and both ended up being duds. Dejected I started to drive back home when I recalled a conservation easement sign that I had seen a few years back while out on a run. Well, we found some new trails in Stratham! 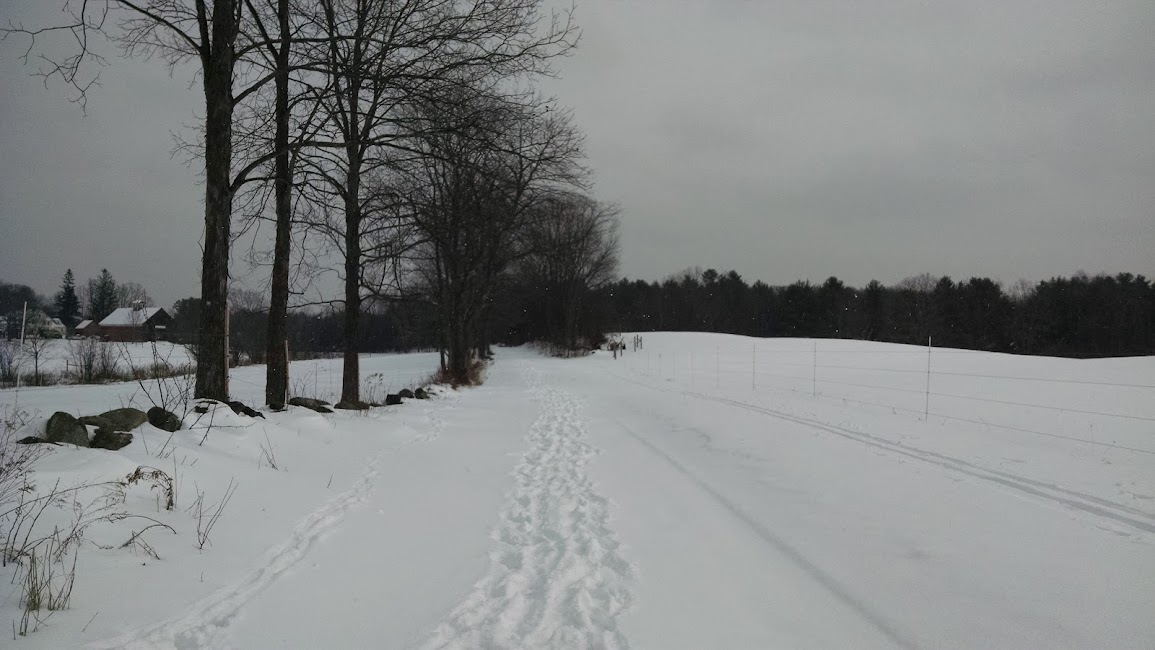 It was along an access road between farm fields and I had thought much of it when I had first discovered it. Well, I was wrong! We ended up finding almost 2 miles of ‘trails’. I put trails in quotes there because about half of it was on road/trails and the other half was around the edges of farm fields. Beautiful in the winter, but we’ll have to see what it looks like in the summer. 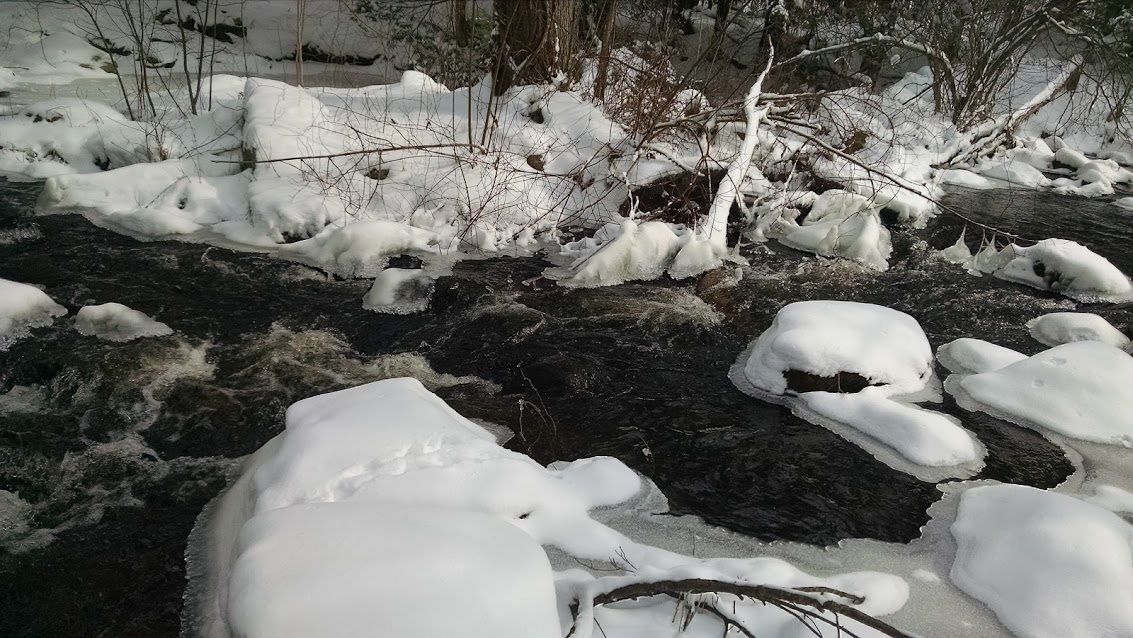 We followed a cross country skiers tracks the entire way and quickly were down along the Winnicut  River. We followed the river for a good 1/4 – 1/3 of a mile, it was beautiful! While frozen along the edges it was still running strong in the middle. 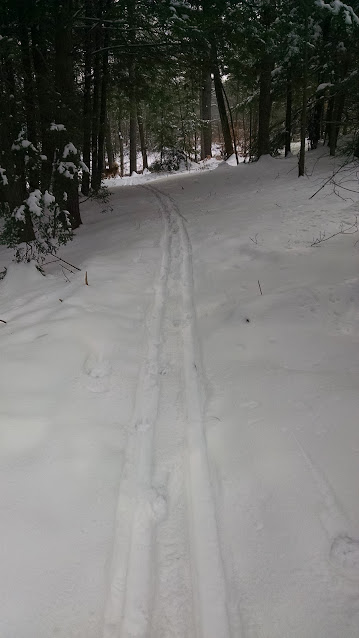