by tjarvela on February 17, 2016 in Uncategorized

We visited Hampton Town Forest(White’s Lane) today in Hampton, NH. There are about 3ish miles of trails here with most of them being along old wooded class VI roads. There are several spur trails that link back up to the main trail. The trail map can be found on Hampton’s town website. 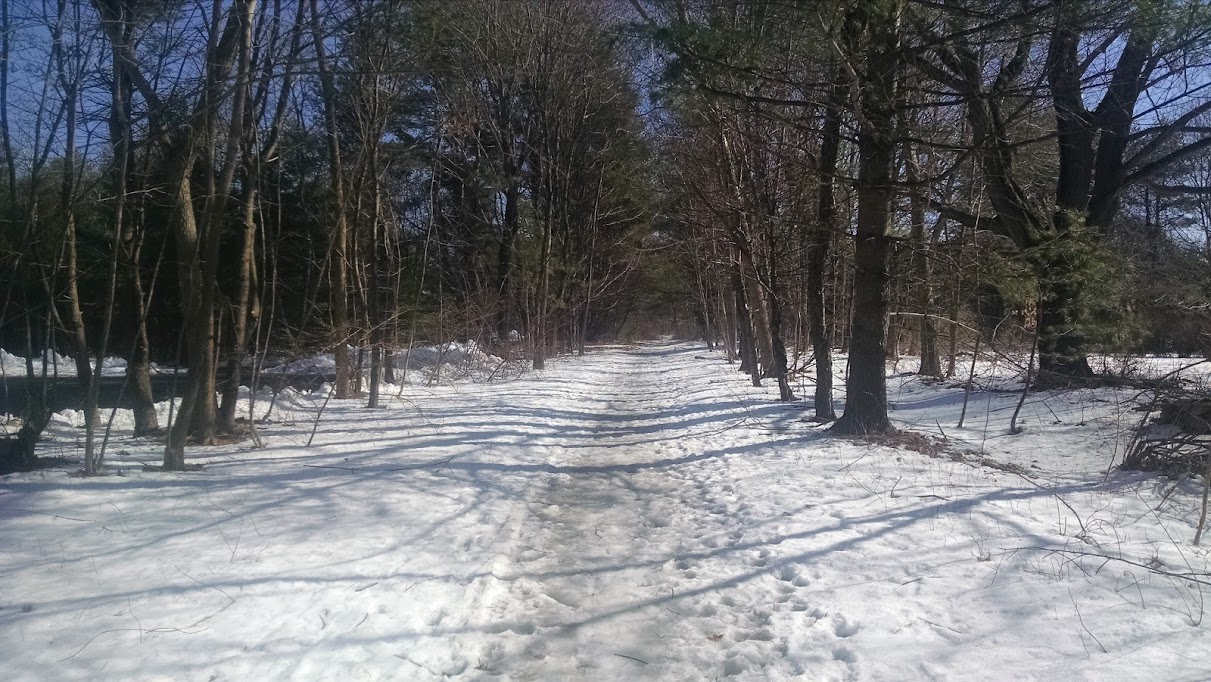 I had visited here about a year ago and decided to check it out once again. The trail conditions today were not the best with soft snow and mushy ice underfoot. We followed along on White’s Lane and then took a few of the spur trails but ultimately were turned back at an overflowing brook. 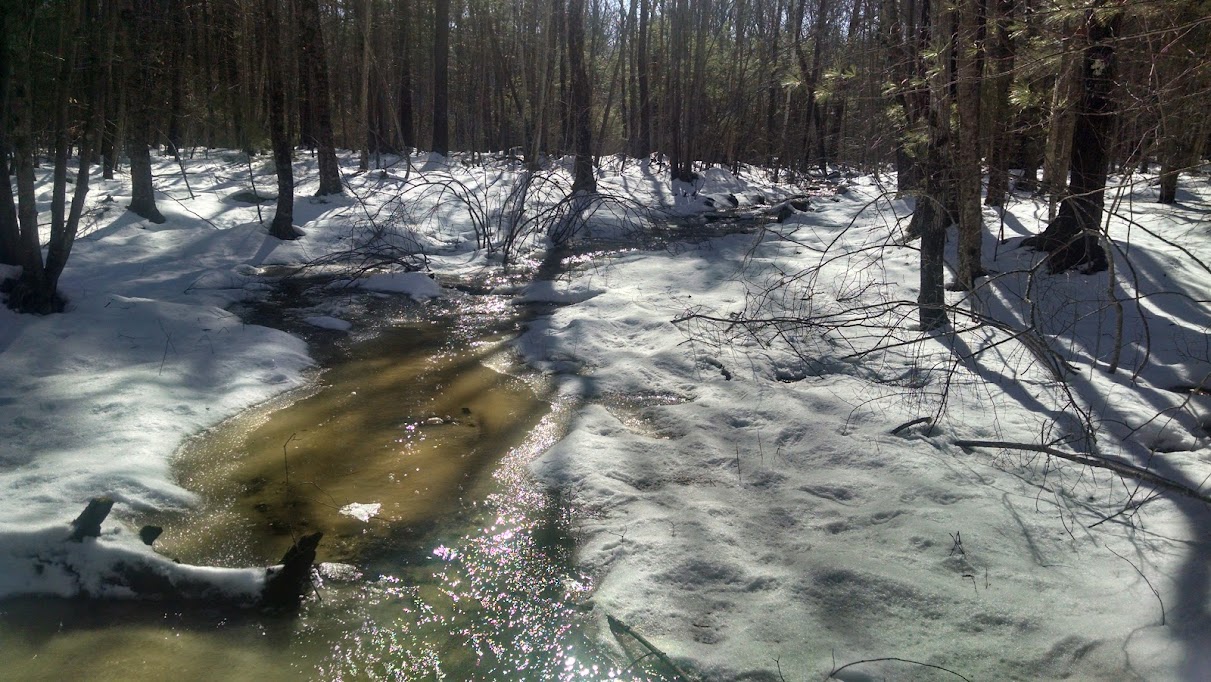 The trails here are not very inspiring. They have added a new kiosk and reblazed some of the trails. I think that some of the side single tracks would be more enjoyed zipping around on a mountain bike. 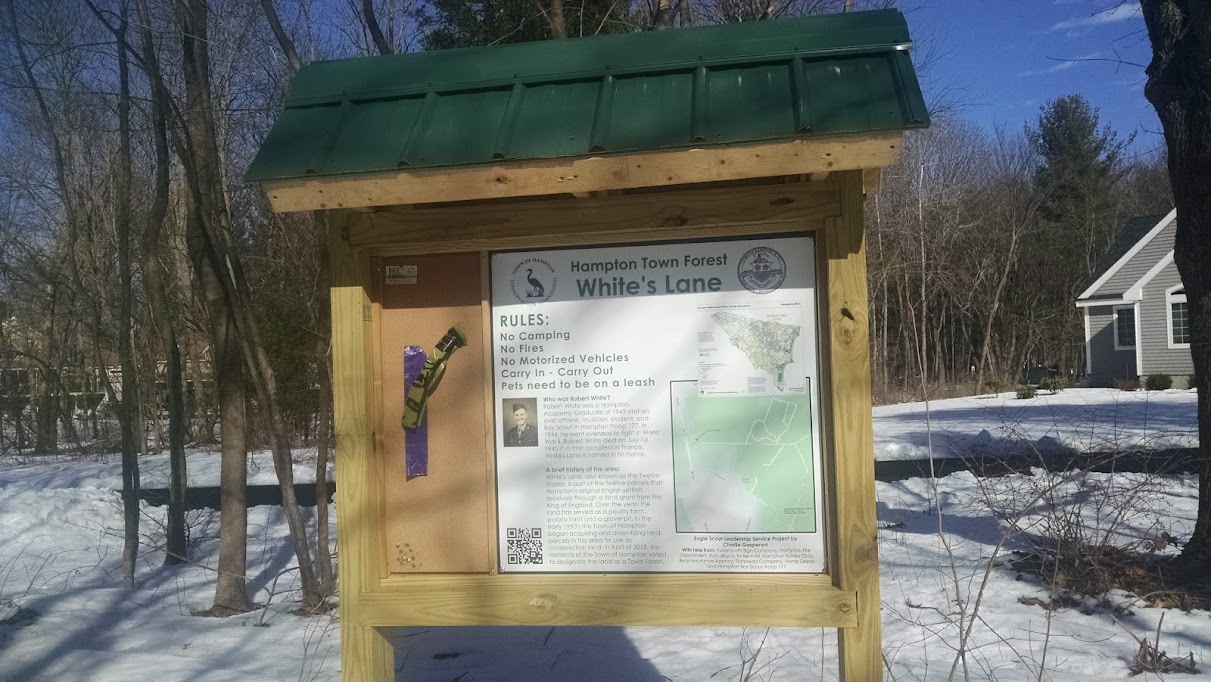