by tjarvela on March 6, 2016 in Uncategorized

What a day! The temperatures were the mid 40’s and bright sunlight filtered down on us as we walked among the marshes on the Sweet Trail in Durham, NH. At the trailhead at the end of Long Marsh Rd(from Rt 108) a gate and kiosk mark the start to one of my top 5 trail systems in seacoast, NH. The Great Bay Resource Protection Partnership  trail map shows only the main trails in the area. There are several blazed beautiful winding single tracks that bring you alongside beaver dams, the marsh edge, and through between giant boulders. 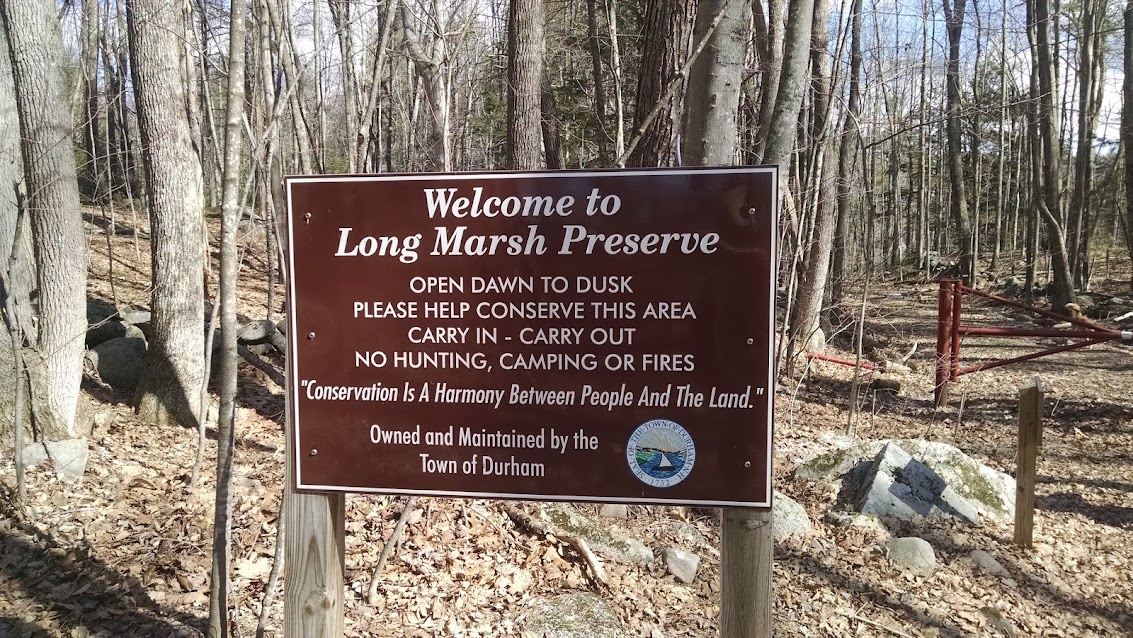 The Sweet Trail in Durham, NH has also been awarded the newly created Golden Fox award. This award is given to trail systems that four foxes just isn’t enough. This trail system is one of those systems that draws on all that an amazing trail system really should have. Beauty, diverse terrain, amazing views, well constructed trails, and leaving one with the consuming desire to go back and visit again. You’ll notice if you head over to FMT’s Map all Golden Fox recipient trails will be denoted by a gold(actually yellow because of google maps limited map marker selection) pin.

The Sweet Trail is accessed via three main trailheads. Two at either ends of Long Marsh Rd in Durham, NH and also from Bay Rd in Newmarket, NH. The two sides of the trail, from Newmarket and from Durham, offer different terrain but the same amount of awe and beauty. Approaching from Bay Rd in Newmarket ascends quickly beginning at the base of Jeff’s Hill, a steep but rewarding climb. The long marsh trailheads begin almost immediately within the marshes of the aptly named long marsh rd. 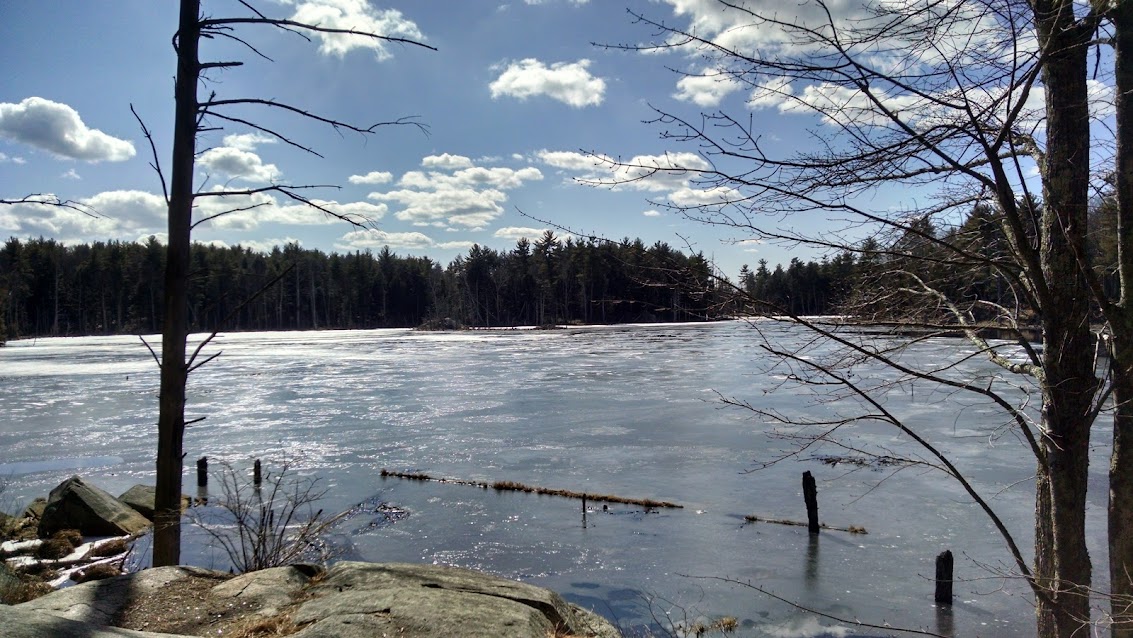 Along the edges of the marsh ducks and beaver trawl. Evidence of the beaver is plentiful from their lodges, dams, and felled trees. As we worked our way from the marshes deeper into the towering trees of the densely wooded forest the trail wound its way through large boulders. Small cliff escarpments showed evidence of blasting, presumably from farmers from more than a century before. 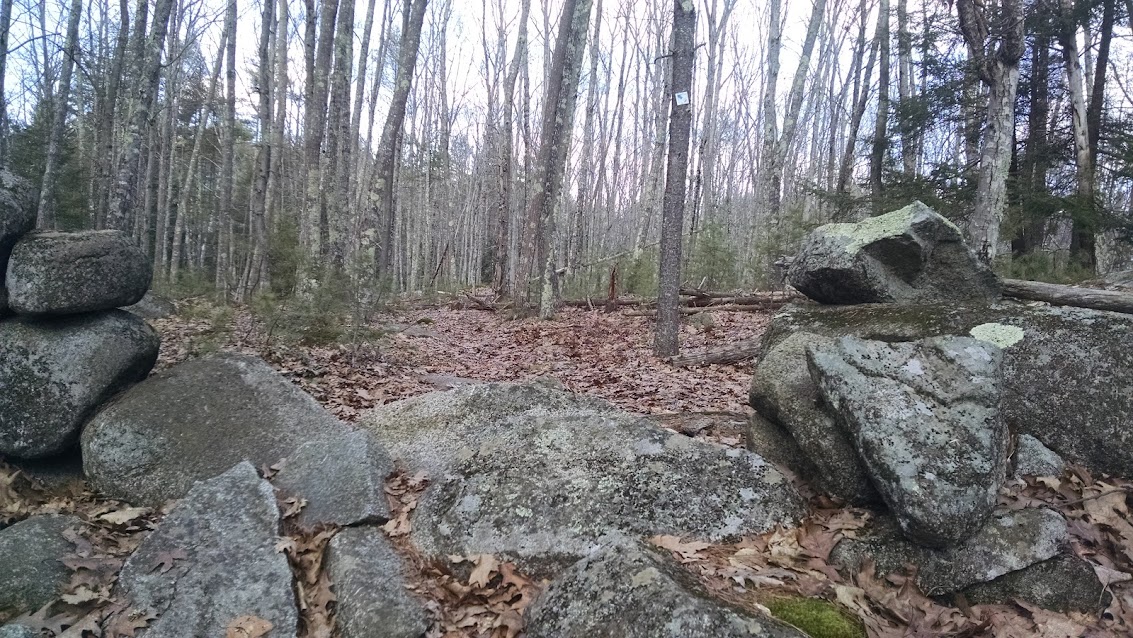 As was mentioned in the Wagon Hill post this area had been threatened by the expansion of industry with the Olympic Oil Refinery. On the south side of Dame Rd there is a great informative sign briefly discussing the cultural and natural history of this area. 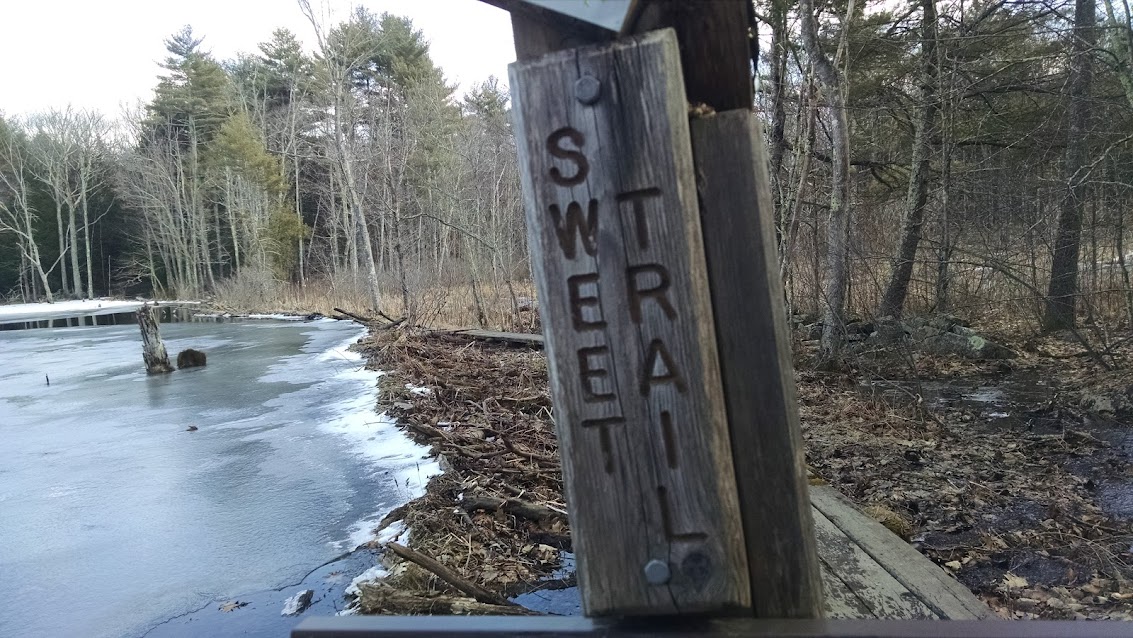