The Phillips Exeter Academy trails in Exeter, NH are well groomed wide trails that offer a woods escape within walking distance of downtown. Because of there proximity to such a populous the trails are often crowded with students and public alike. The easy terrain make for easy cross country skiing/snowshoeing during the winter and casual running the warmer months. While they lack any real excitement like the nearby Fort Rock or Henderson Swasey Town Forest they do offer an easy option for a quick escape into the woods. 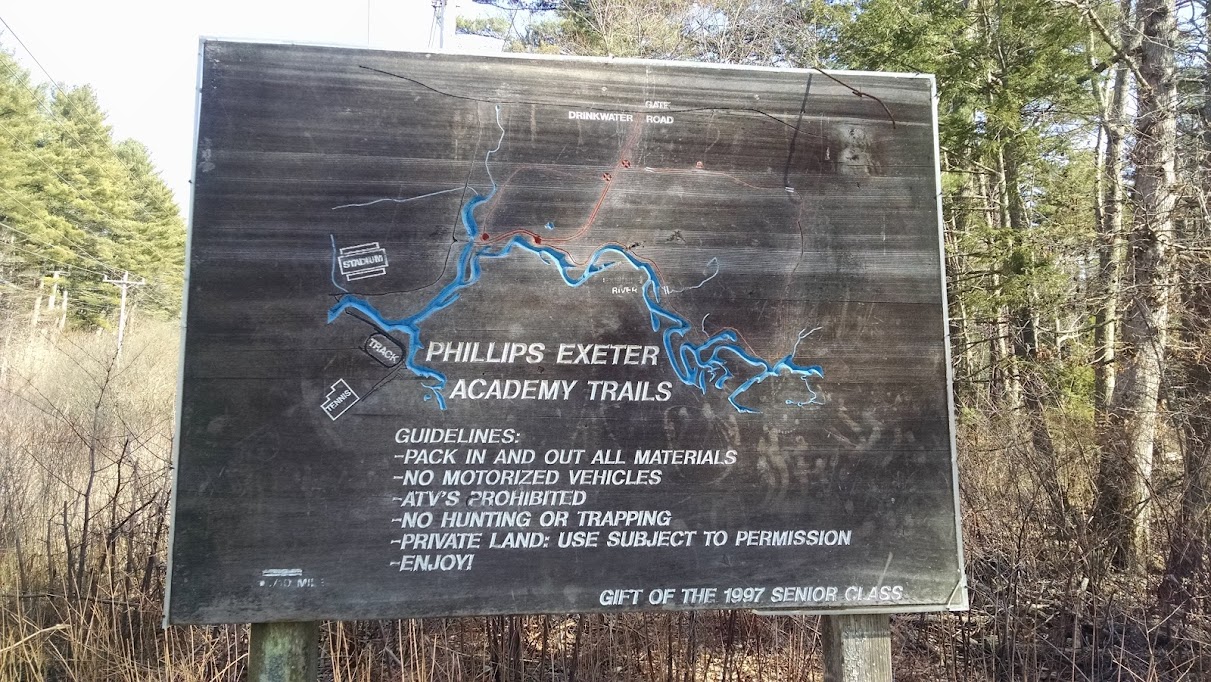 With my mother visiting for the weekend we all joined some friends for a 2ish mile jaunt around the Phillips Exeter Trails. We parked at Gilman Park off of Bell Avenue in Exeter. From here we wound our way over two bridges, past the track, and through sports fields to finally get to the entrance of the wooded trails. 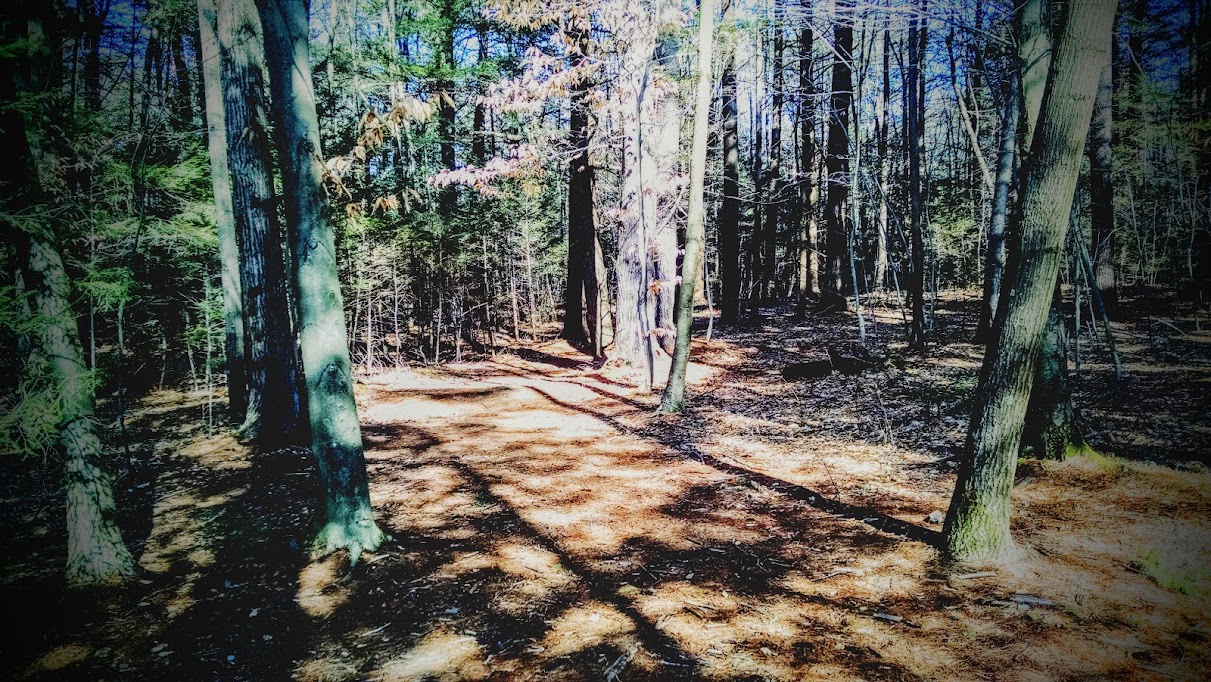 The trails themselves, as previously mentioned, are very well maintained/groomed. They lack much diversity in terrain and scenery however. Straight trails with nothing really of note. A few of the trails do bring you close to the Exeter River which provided some relief for our dogs.