My best friend lives in Durham. I live in Stratham. A few weeks back we came up with a somewhat crazy idea: Run from Durham to Stratham using as few road miles as possible. Well, nearly 20 miles and more than five trail systems later we accomplished just that yesterday morning.

With a light breeze and temperatures just reaching into the 40s we set off from Durham at 7:00 AM having just finished a final review of our proposed route. We had explored most of the trails that we would be following with just enough new trails to make it a real adventure. With two of us on foot our third amigo joined us on his trusty mountain bike. Part of our discussion before departing had involved the best way to cross streams with bike in tow. 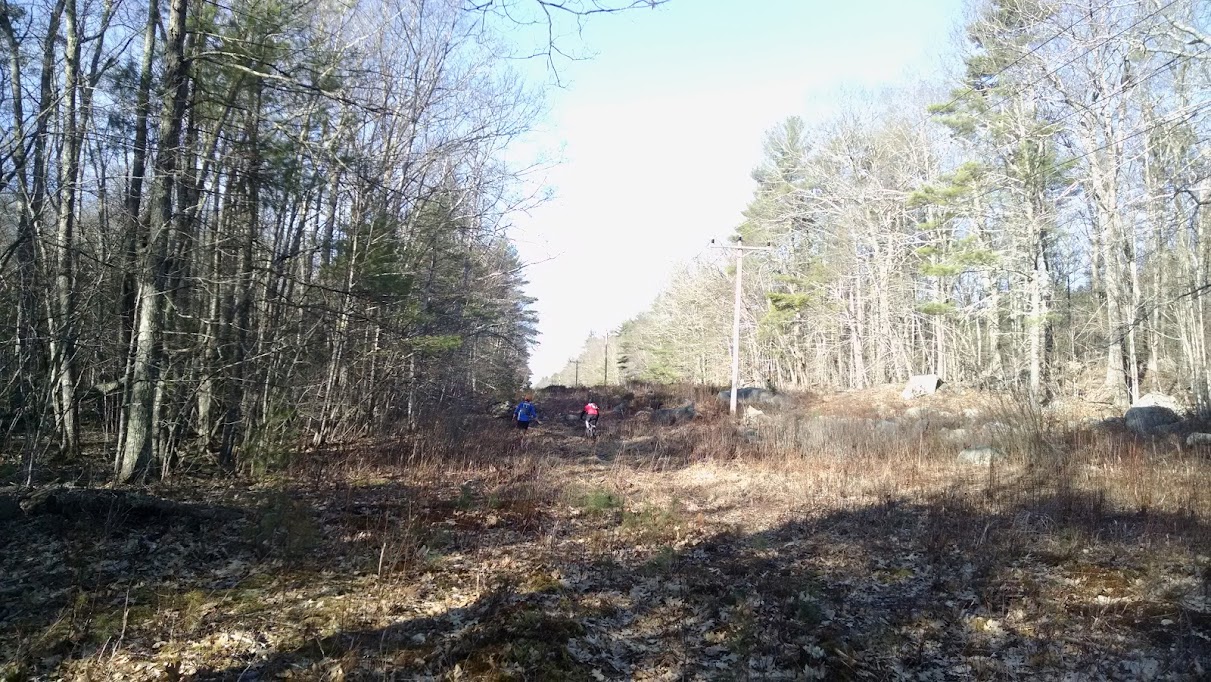 The snowmobile section under the powerlines was the trickiest with brush and some wet marsh.

I’ve lived in the seacoast for nearly 15 years and have, over the years, explored many of the trail systems. I had never attempted any adventure like this though. It’s easy to look past the connection between all of these different trail systems when exploring them piece meal. Combining more than five trail systems into on epic adventure really made me appreciate each of the individual trail systems as a greater more contiguous ‘Seacoast’ trail system. 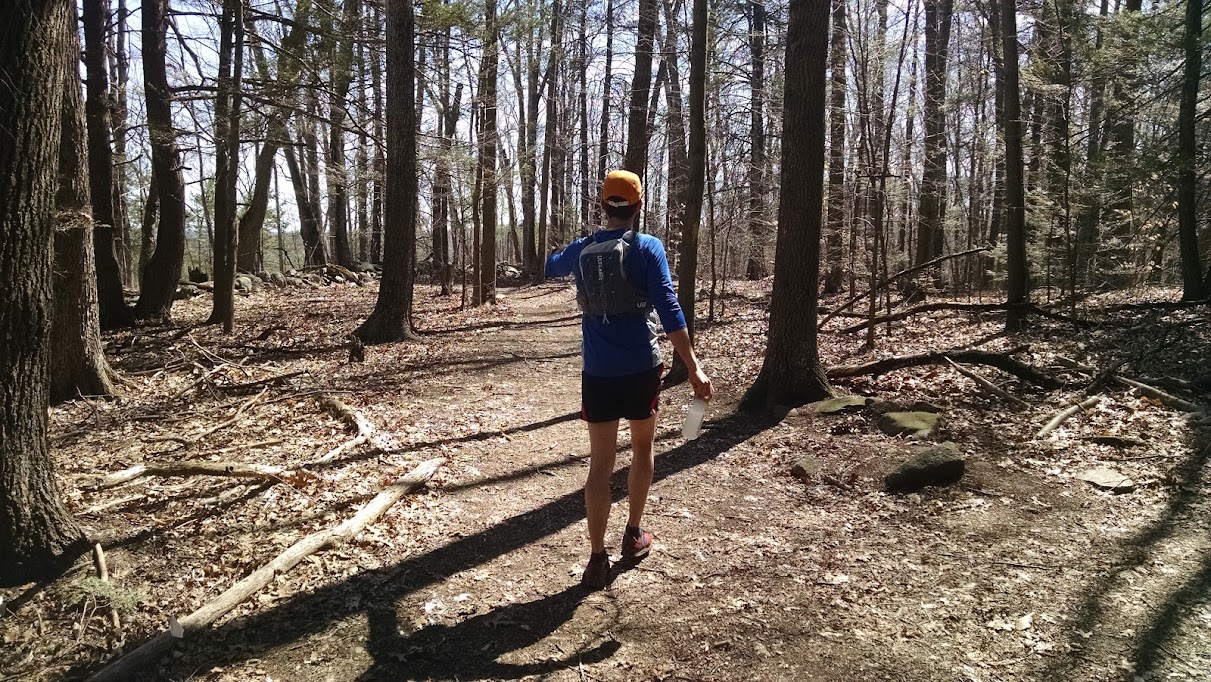 Nearing the end, the hills of Stratham Hill Park were a test for our tired calf muscles.

As grand was our original plan the whole thing really went off without a hitch. We did need to bushwhack around a few marshy areas while following snowmobile trails*. Some feet did get wet early on due to some areas that were unexpectedly wet, but a well placed bag drop with dry shoes/clothes made for smooth sailing through the southern sections.

On our trek we visited the following trail systems:

68% off roading is an accomplishment to me!

*In writing this blog post I am now feeling motivated to attempt this in winter as a snowshoe run. A lot of the snowmobile trail would be more accessible. I’m always planning my next adventure.