What a find! The Gonic Trails in Rochester, NH are beautiful! Two trailheads make for a great mini point to point. With a mile or more of trail along the Isinglass River, Rock Climbing Routes, beautiful single tracks and interpretive stops these trails really have it all. There are about four miles of trails with a few loops as well as a nice out and back along the shores of the river. 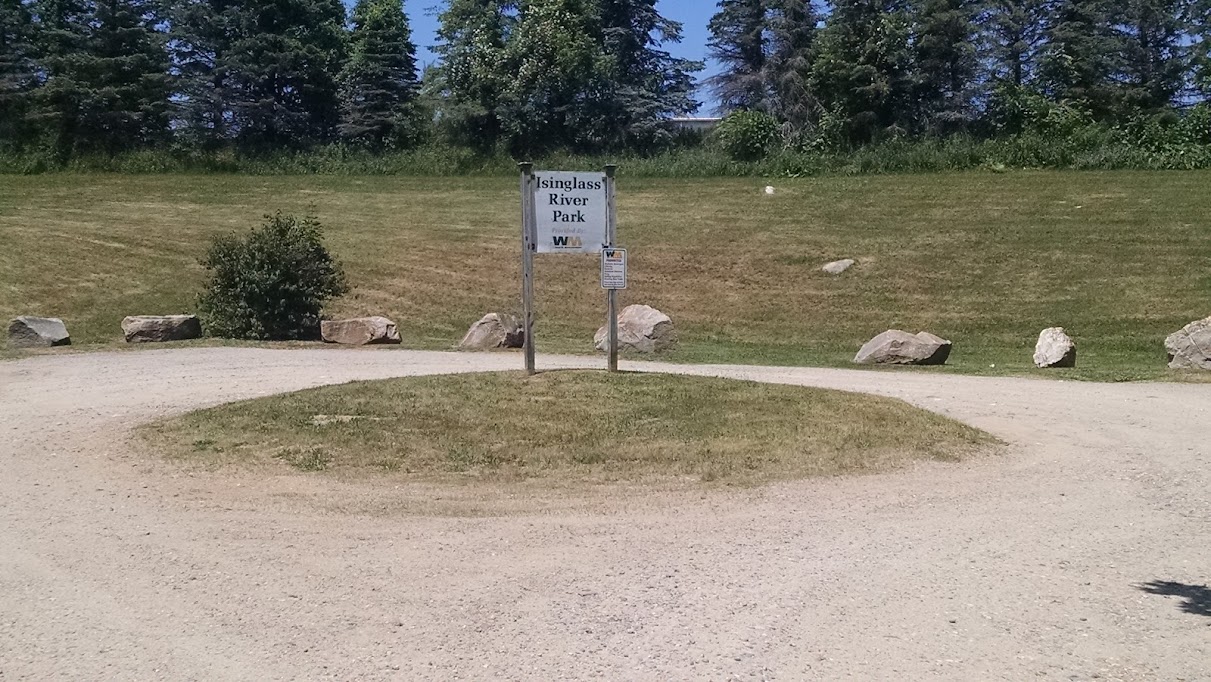 Our initial plans were to head to the White Mountains this morning but we decided to find more local trails and boy am I glad we did. After dropping my wife, son, and Ziggy off at the eastern trailhead I drove over to the western trailhead and parked the car. A quick mile jog back to them along the road didn’t take long and we were prepped to do a point to point hike! 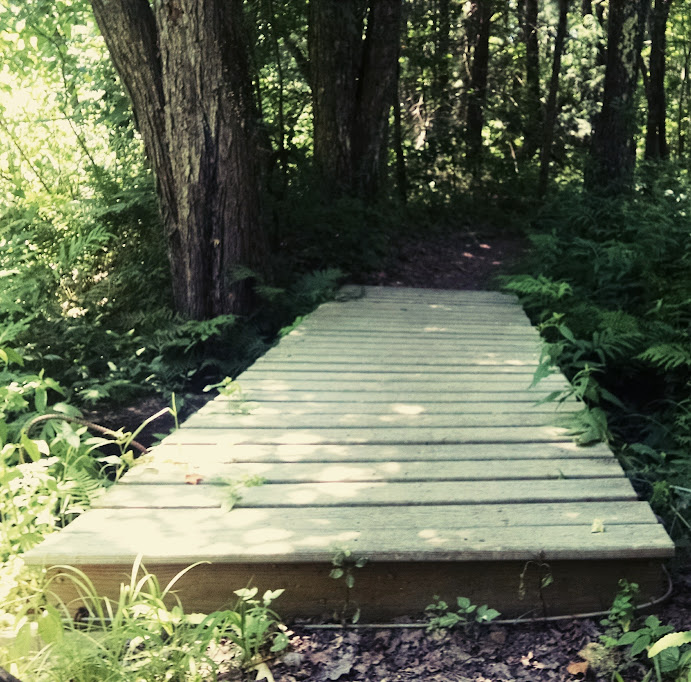 Starting off from Isinglass River Park we followed great single tracks that hugged the shores of the Isinglass River. This first trailed, well marked and blazed in yellow, was fairly flat and well maintained. The only complaint about this eastern side of the Yellow trail was the abundance of very large leafed Poison Ivy. The trail was wide enough to avoid but if one were to have to move to one side to let another hiker/biker by it would be tough to avoid. I’m currently still recovering from some poison ivy and am very aware of it. With some of the hand sized leaves encroaching into the trail I would not advise bringing toddlers or wee ones on section of the yellow trail. Best to start from the western trailhead. 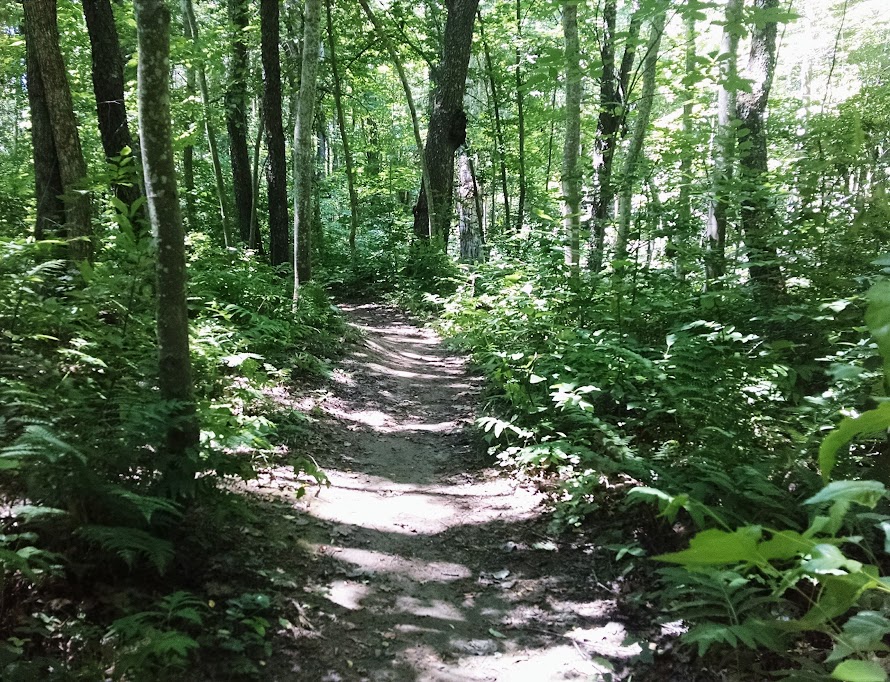 Single Track along the Isinglass River

As we followed along the banks of the river we were greeted with the occasional ‘rapid’ and were kept cool by both the water as well as the abundant shade. About 1.5 miles down we finally hit our first official junction with the red trail. We had seen other offshoots but decided to stick to the well marked/blazed trails. 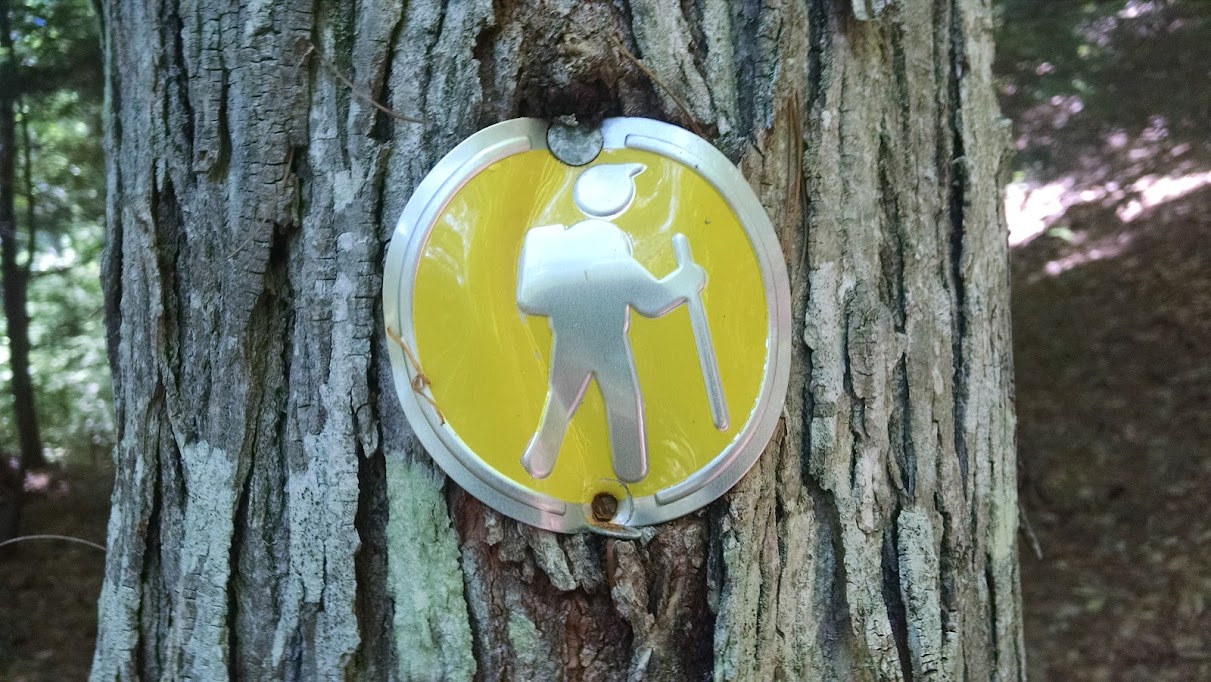 We were able to avoid any backtracking with the 3 main loops on the western section of trails. Unlike the level yellow trail along the river we immediately started up hill along the red trail and found thickets of low bush blueberries among towering white pine. 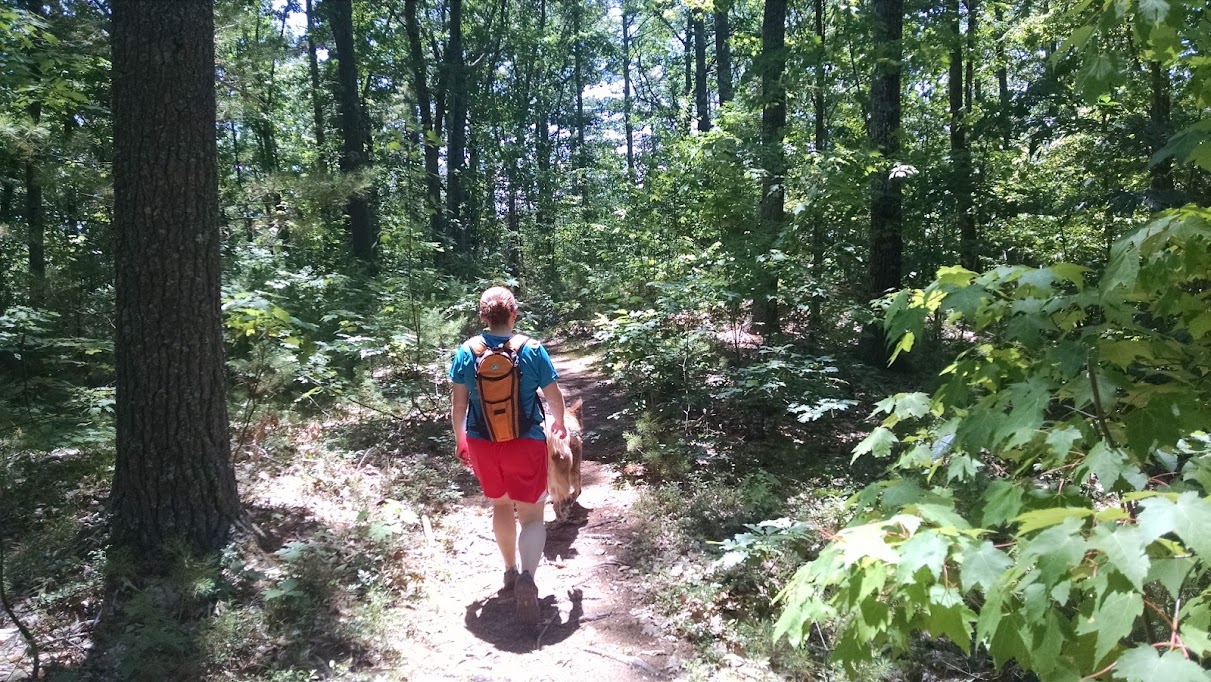 As we wound our way back down the Blue trail we heard the sound of rapids, as had been marked on the map. We were pleasantly surprised to see beautiful rapids and a few mini waterfalls! As the day was hot there were several families enjoying to cool water. An old foundation suggested an old Mill site which we later found was true. One fault that I won’t repeat the next time I visit the trails is to bring along the interpretive guide. There are about 20 interpretive numbered stops along the trails. 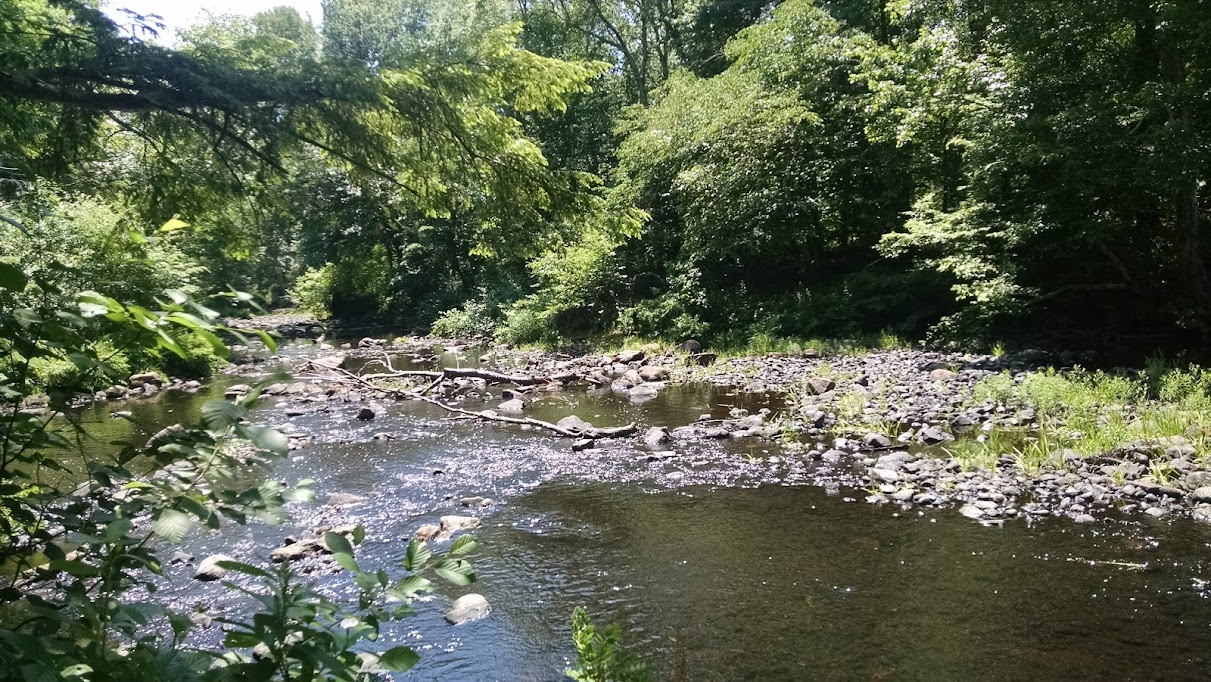 As I was out on the trails enjoying the diversity of the trail system, the beautiful river, and the cliffs I began discussing with my wife what kind of a rating we should give the trails. I almost immediately decided on 4 foxes but quickly was dismayed by all of the poison ivy. By the time we had hit the eastern trails I had decided that the poison ivy would have to dock the trail system by half a fox. 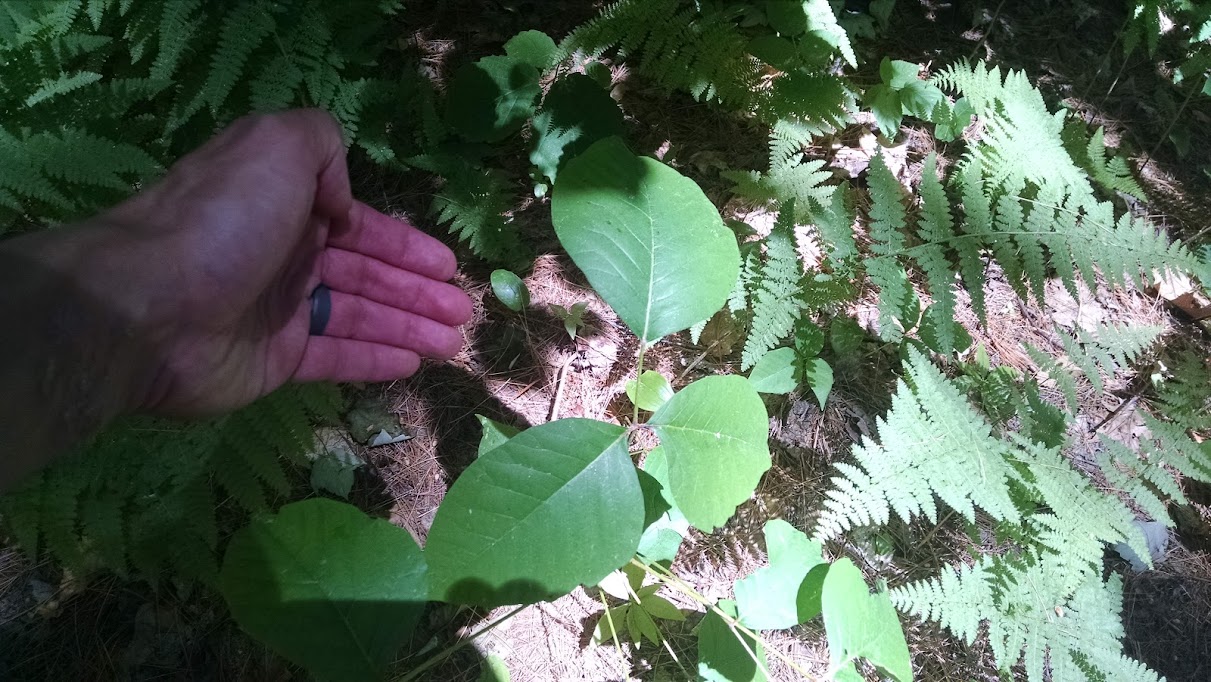 A lot of Poison Ivy

But then we found the cliffs and waterfalls. Back up to four foxes! Part of why I love exploring new trails is not knowing what is around the next bend. 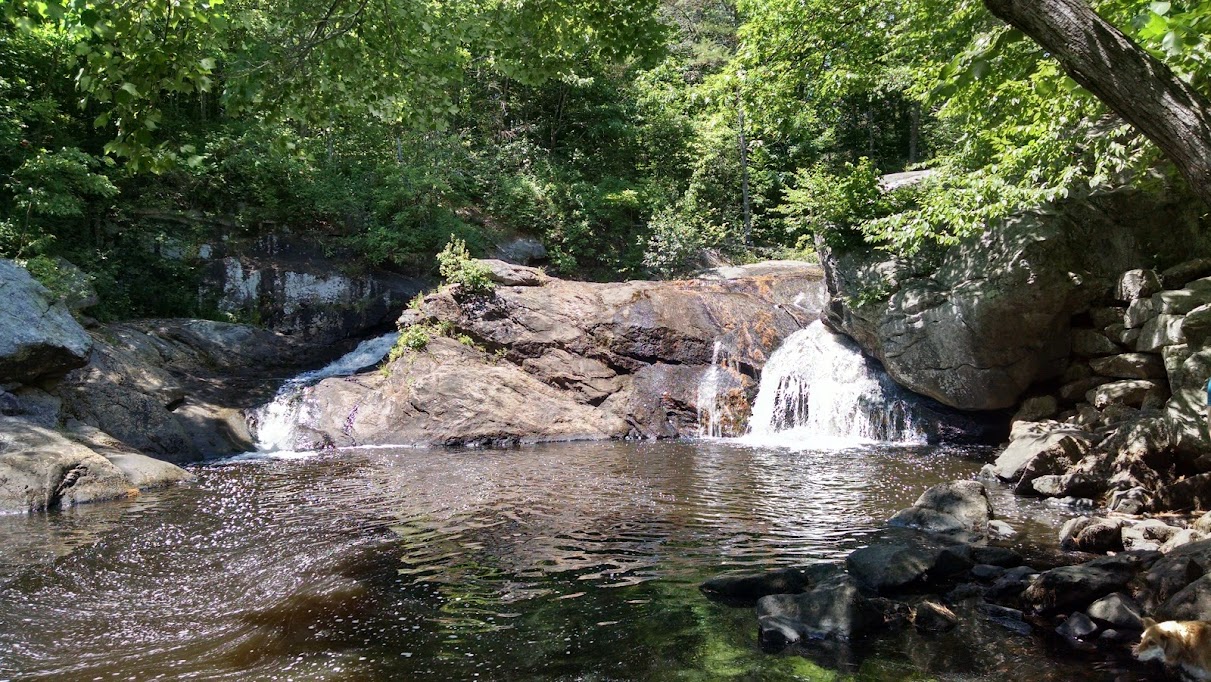 Side note. These trails are known as the Gonic Trails. They are also oddly ‘sponsored’ as Waste Management(WM). They are surrounded by WM property including transfer stations and landfills. A lot of information can be found on the trail map and guide. 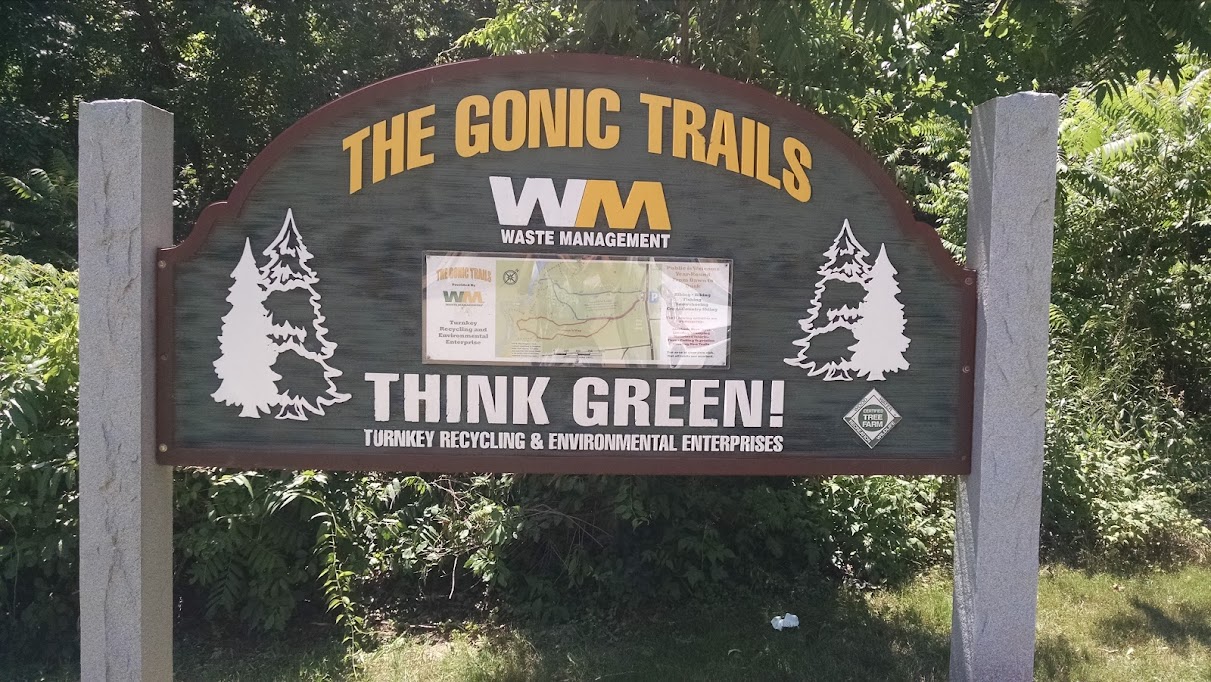