by tjarvela on July 1, 2016 in Uncategorized

I’ve drive out to walk the trails at the Great Bay Wildlife Refuge a dozen or so times and have always been intrigued by the woods roads along Arboretum Rd in Newington, NH. With a early release from work today and the need to wait to pick up my wife and son I decided to explore these trails with Ziggy. I was unable to find a trail map online so I turned to Strava Heat Map. Newington surprisingly, for its size, has the most publicly owned conservation land in southeast NH!

I decided to follow the perimeter trail to maximize the miles explored. I parked along the edge of Arboretum Rd and started following a class VI road. I quickly found intersections and was off onto some beautiful single track. A neighbor had mentioned these trails to me previously and said that they made for great mountain biking. Boy was he right. These trails look like they were made by mountain bikers for mountain bikers. Great sinuous curves purposefully going up and over logs, rocks, and bumps. 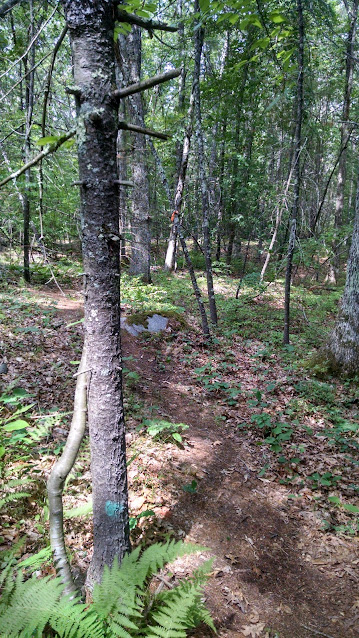 About half way through the loop, and quickly approaching the Pease runway I was happily surprised to find low bush blueberries. I may have just missed them for the first half as I saw them for most of the remainder of the hike. I found a few early season berries that were ripe but plan to venture back out to these trails in a month or so. 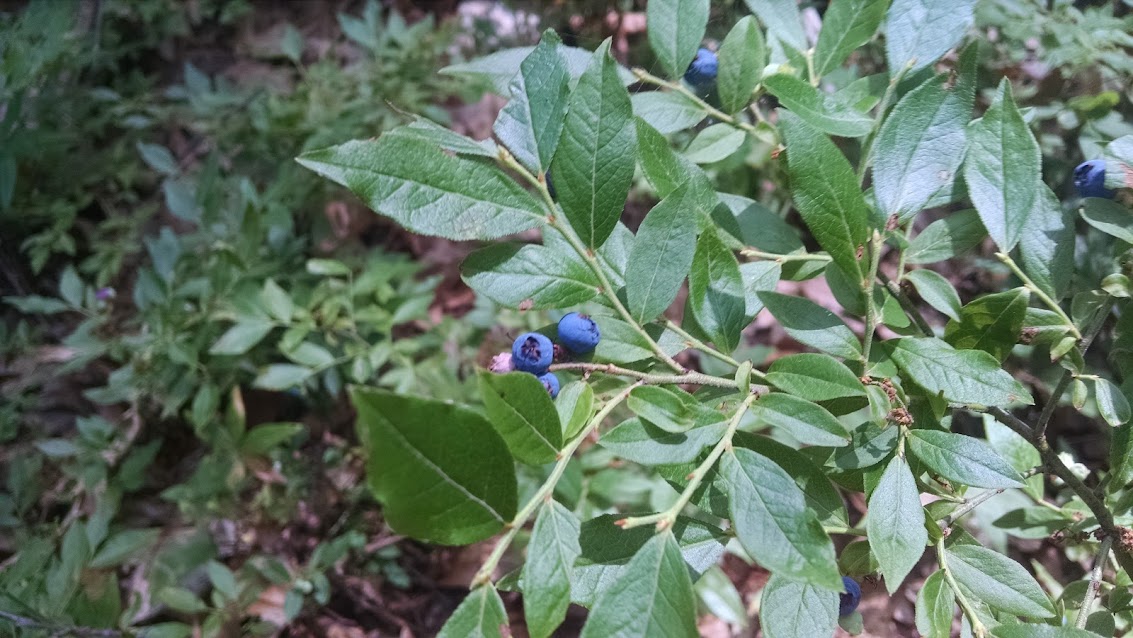 I was reminded as I approached the runway of the recent push of the National Park Service and their Centennial Celebration. A recent story that I heard on New Hampshire Public Radio described soundscapes of national parks and the difficulty to escape the sound of human produced noises. As beautiful as these trails are I’m going to have to dock them 1/2 a fox because of the constant sounds emanating from jets taxing and taking off from the runway. It’s unfortunate that such a seemingly remote place is slightly sullied by human noises. 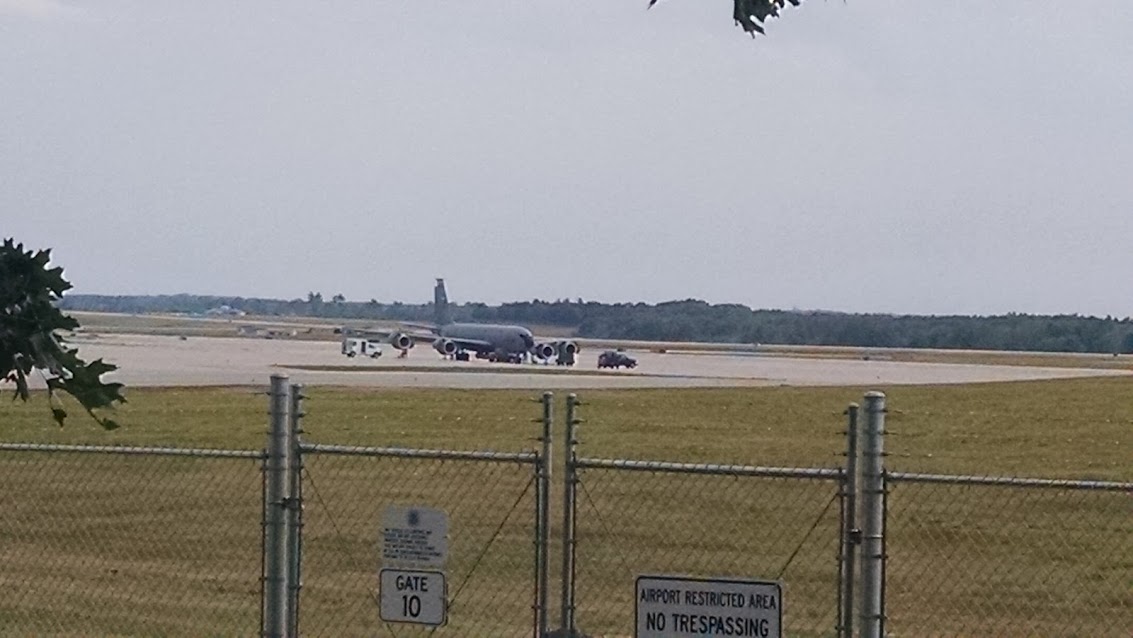