by tjarvela on March 4, 2016 in Uncategorized

A new(old*) favorite! Wagon Hill Farm in Durham, NH makes up for its lack of miles with its unassuming beauty and diversity. The Durham Hill Farm Trail Map over at hikenewengland.com shows many short loops that will lead your through meadows, stands of tall trees, and along the banks of the Oyster River. Driving by, as many commuters were doing yesterday as I started my trail run, one may never realize that there is more to Wagon Hill Farm than the namesake wagon that sits atop the hill. 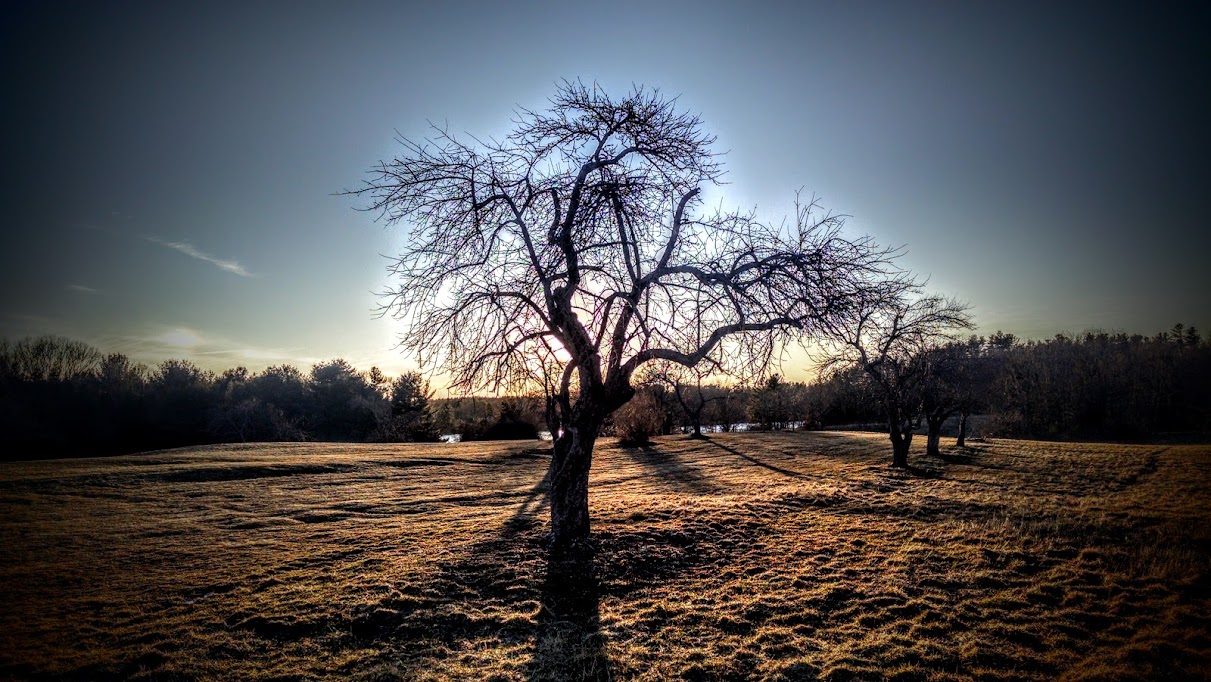 On our way from Portsmouth to Durham after work yesterday I had my wife drop me off at Wagon Hill Farm so that I could get in a run (much to the dismay of Ziggy). I decided to run the perimeter of the trail system and started by running down the main access road and then entering the meadows along mowed paths. 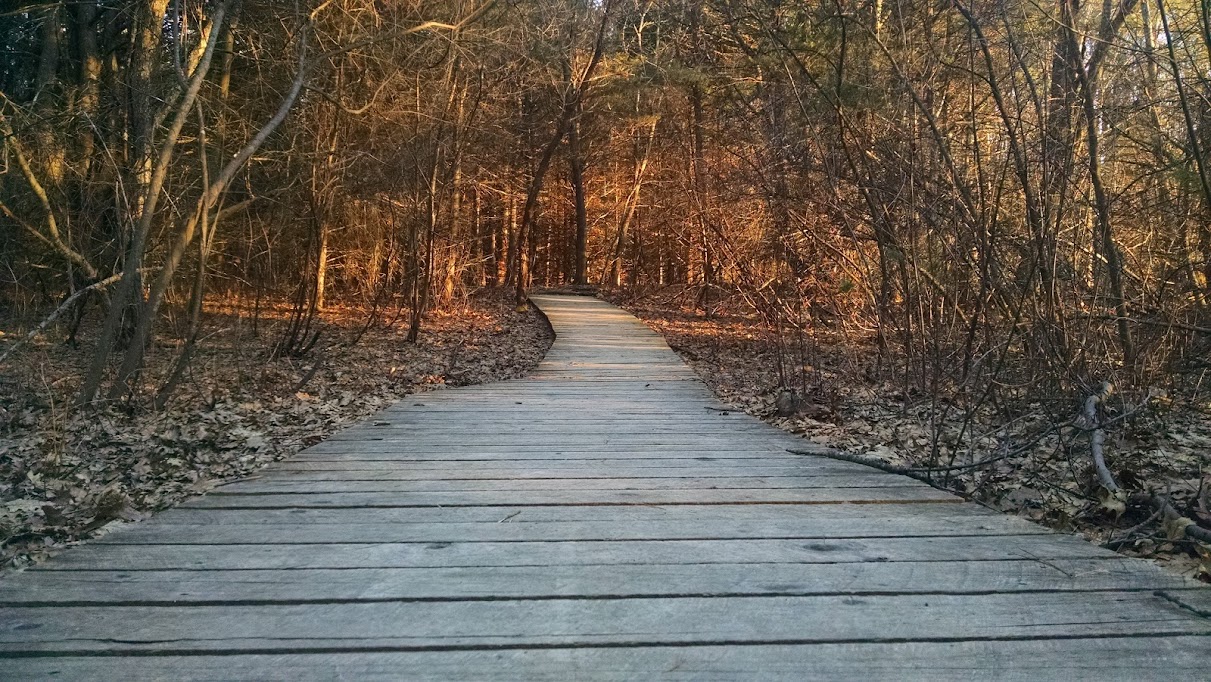 Years ago when I worked for a childcare program we brought a group of children to Wagon Hill for a day of sledding. During a (normal) winter you’ll often see many children and adults alike hauling their sleds up wagon hill only to come screaming back down with fits of laughter. 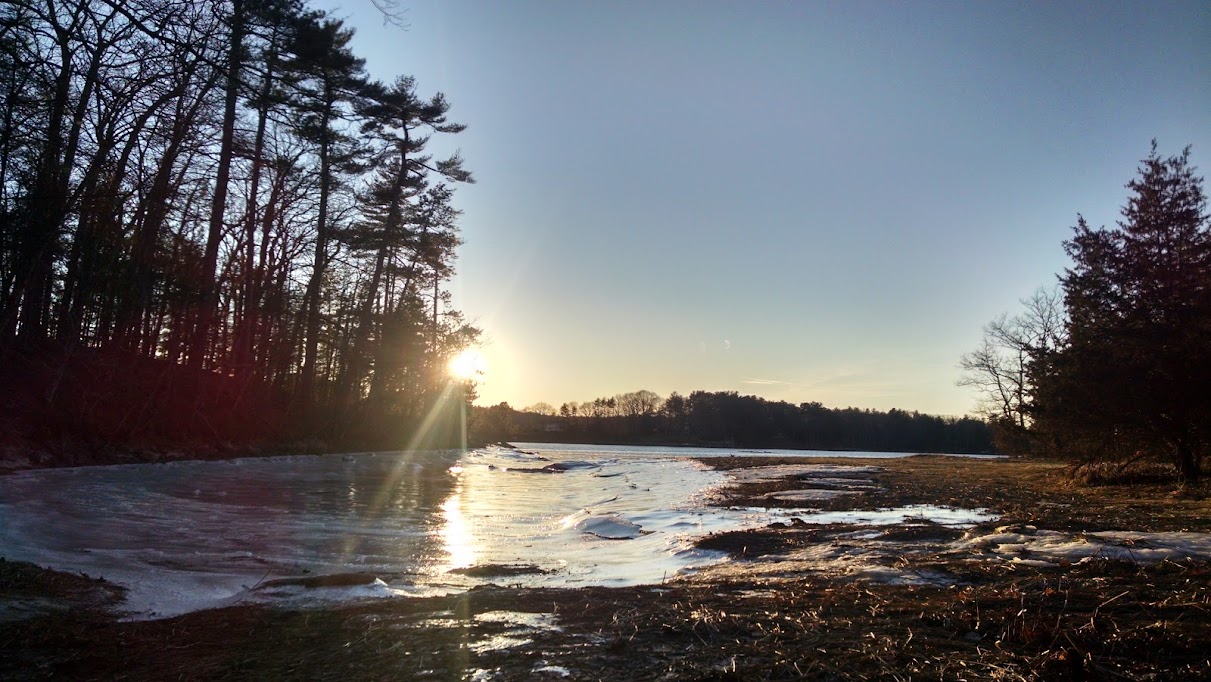 Shores of the Oyster River

As I worked my way back into the woods I slowly approached the shores of the Oyster River I stepped on some seemingly solid ground that gave way. Half frozen ground hid pockets of mud that soaked my shoes just sparing my ankles from getting soggy. 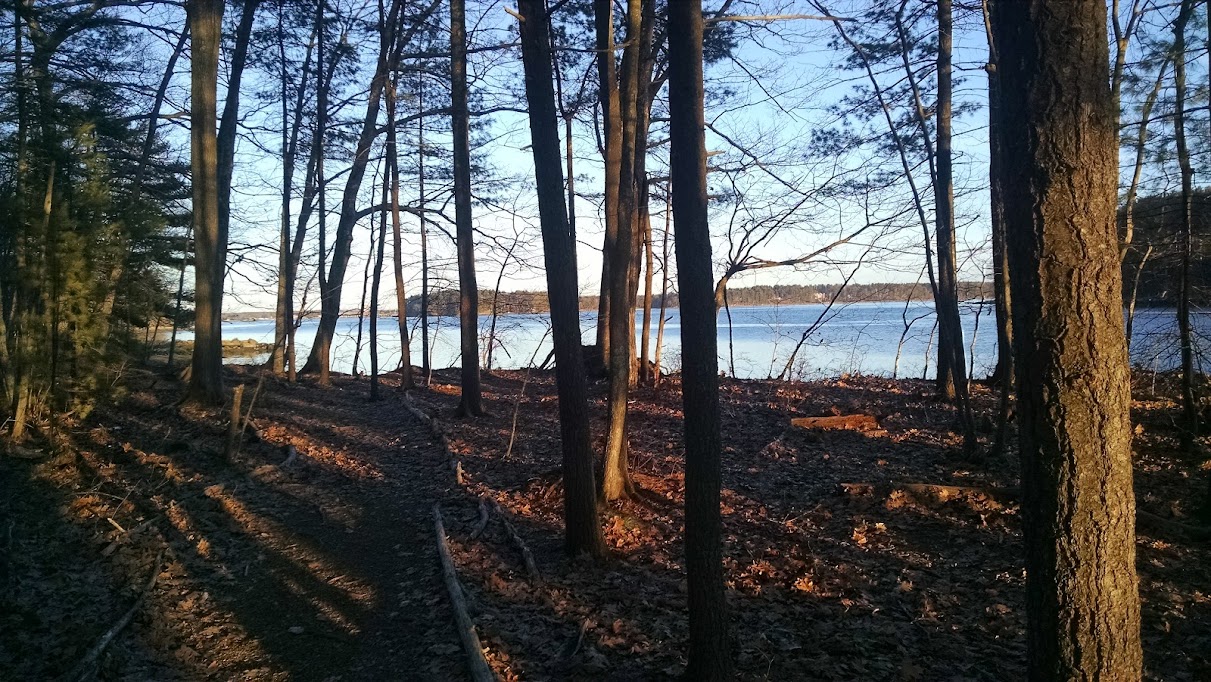 Looking out towards Fox Point in Newington, NH

The trails following the Oyster River are sinuous as the shore itself and offer beautiful views of the river itself as well as the opposing wooded shore. I don’t often suggest using Google Maps as a trail map source but in the case of Wagon Hill Farm Google actually has a very accurate trail map. 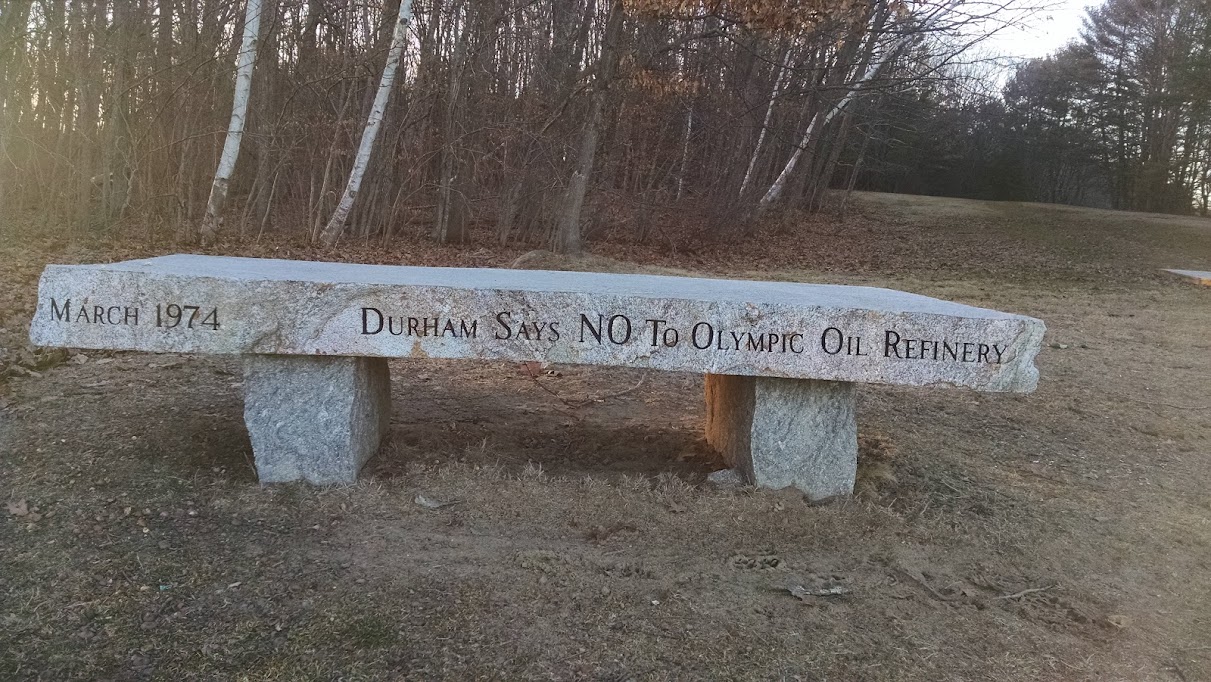 Wagon Hill Farm also provides many informative signs along the way exploring the cultural and natural history of the area. A bench southern end of the trail systems declares, “March 1974    Durham Says NO To Olympic Oil Refinery“. Some research when I got home connected this with informative signs that I had seen on the Sweet Trail, also located in Durham. The effort of a small community in a small town saved the beautiful land that we enjoy so much from being fouled by what would have been the largest oil refinery in the world.

*Wagon Hill is an old favorite as I had first explored it a decade ago while attending UNH. It definitely had left a lasting memory for me as I had been itching for a while to get back to the explore the trails.