by tjarvela on September 6, 2016 in Uncategorized

The Kimball Reserve trail map may not look like much at first glance but when you get out on foot you’ll find that there is more to explore than meets the eye. While Kimball reserve only about a mile of trail, it connects to other well maintained trail systems including the Woods River Open space which make for a great trail system! I’d like to find a trail map for the River Woods Nature Trail.

The South East Land Trust recently added a new parking area and Foot Path conveniently located off of Pickpocket Road in Exeter. They will be having their grand opening on September 20th, 2016. 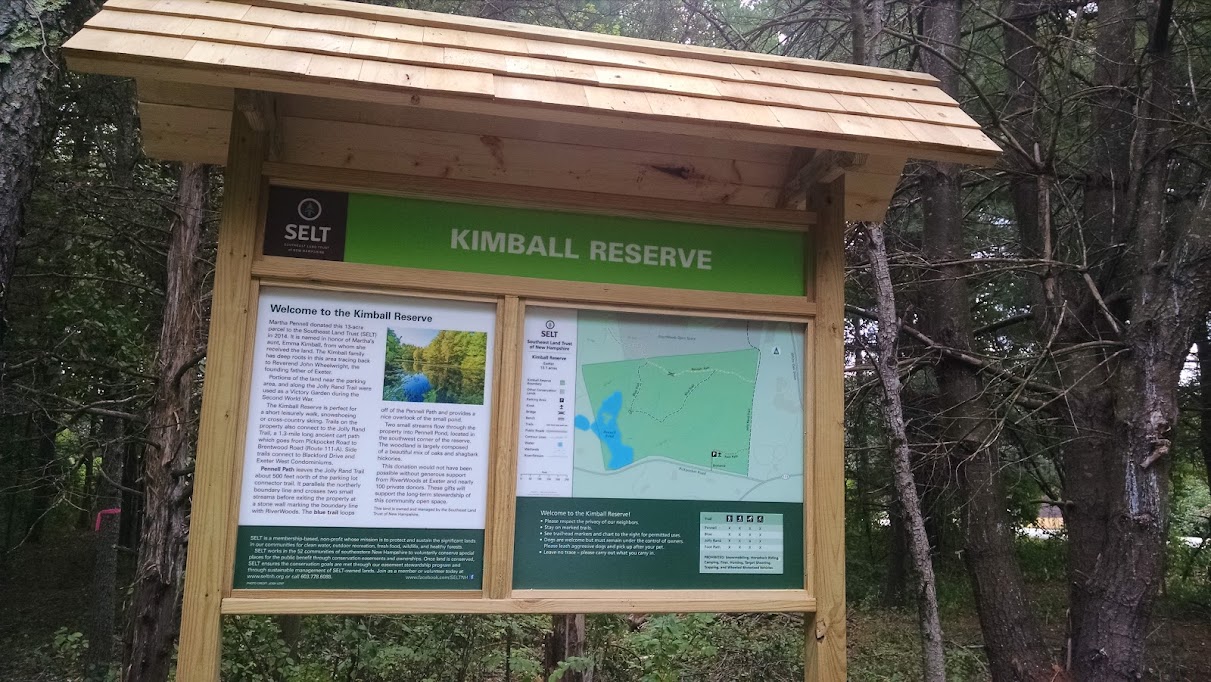 I wasn’t quite sure what to expect from the trail map since I saw the orange trail and Jolly Rand Trail seemingly petering out to nothing. I was pleasantly surprised to find that the trails continued and offered varied terrain and view points. 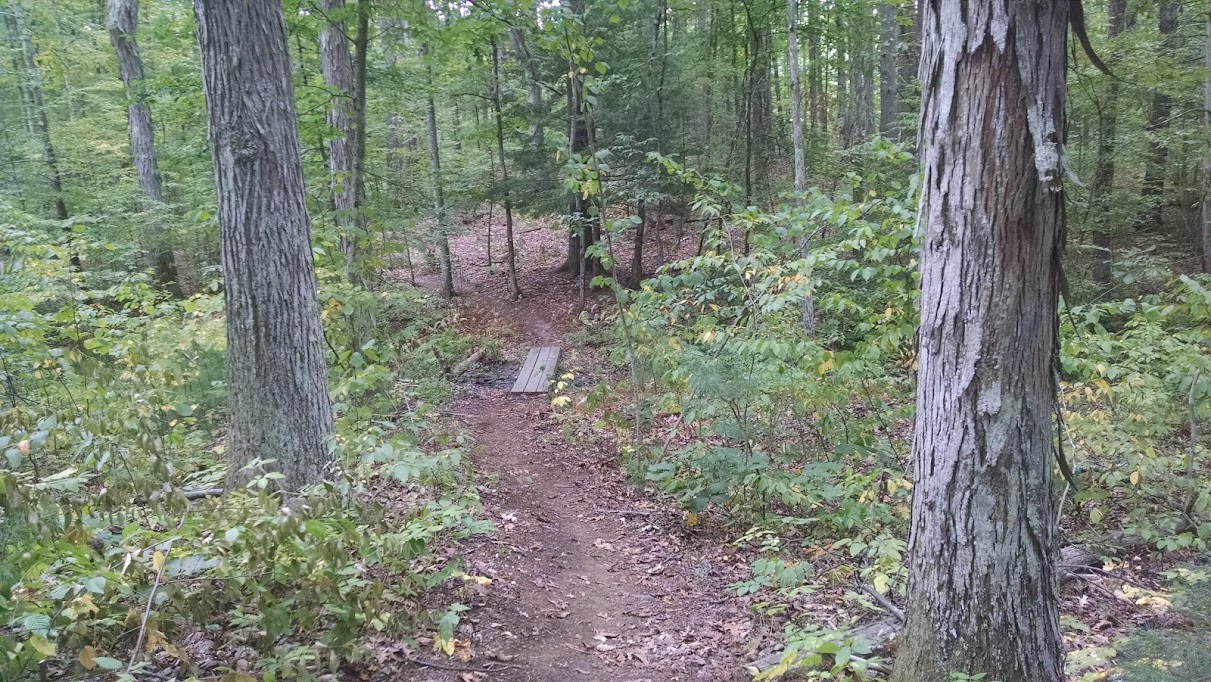 Dry Brooks because of the drought

The trail also has several numbered signs along the way. Both black and red. We unfortunately only had the black number trail guide with us. We later found the other trail guides online here: http://exeternh.gov/sites/default/files/fileattachments/riverwoodsnaturetrail.pdf. If you haven’t been over to Exeter’s trail page before, make sure to do so. It is a great resource. 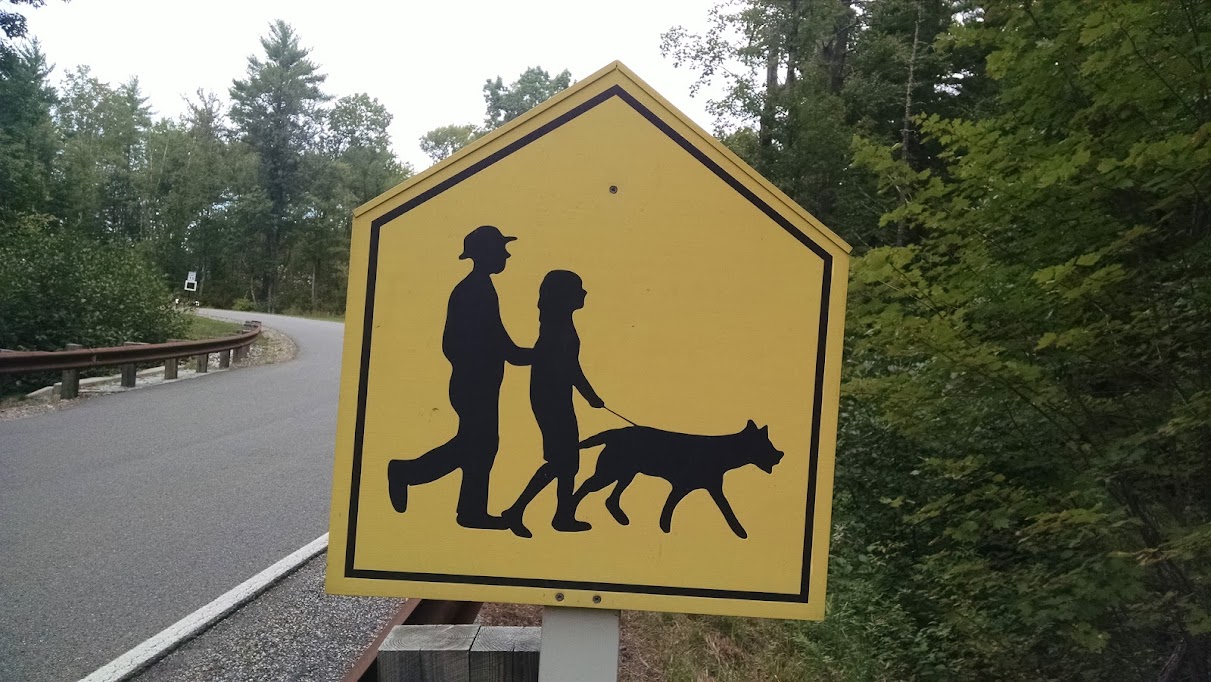 We ended up running out of time and had to turn around before exploring all of the trails in River Woods Open Space. So we’re excited to get back out and keep exploring! 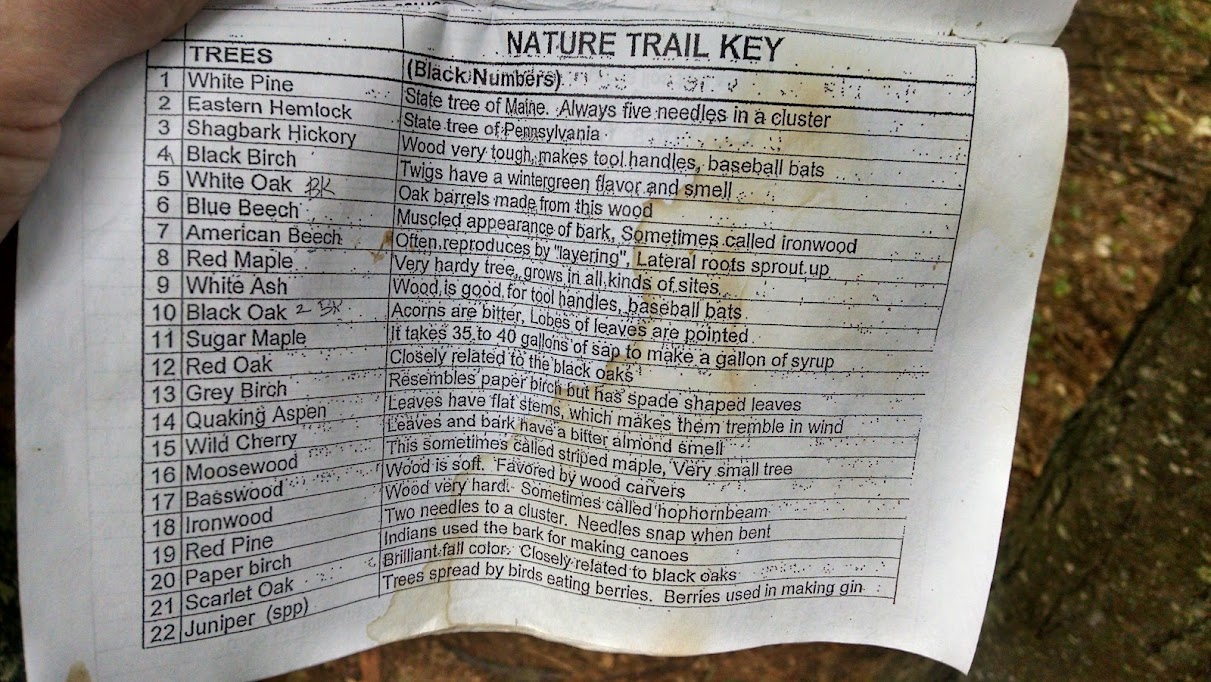 Thee marked trees were great. There were several examples of each type of tree marked so you could test yourself later on down the trail! 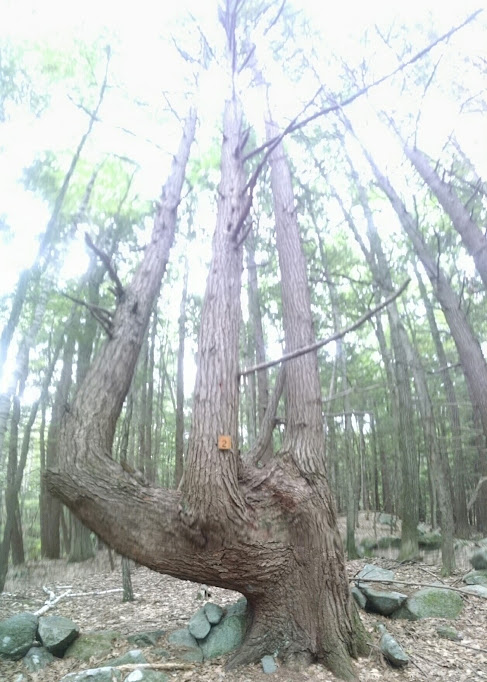